Lions Gate Manor Themed Suites has been a dream project for John and Tami Clark and family. After John retired from the Army, and from a career in the airlines, they decided that they wanted to build a home/bed and breakfast and make it a special place where couples can come for a relaxing and romantic getaway in a traditional Bed and Breakfast. It truly turned out to be a family affair. After locating the perfect spot in the hills just outside of Lava Hot Springs, Idaho, they really got to work using their collective skills and talents. 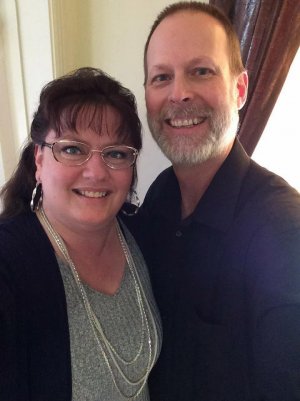 When John and Tami asked their youngest daughter Shalyce to draw up the floor plans for the architect to formalize, suddenly the Phantom of the Opera appeared, along with Henry the VIII, and to top it off Julius Caesar. Their plans changed and they caught the vision of what Shalyce had in mind. She then did all the design work for the whole facility, including each individually themed suite. Along with her mother, she picked out exotic solid mahogany furniture which the family then imported directly from Indonesia and England.

Their son Jared took time off from his work as a computer programmer to work full time with his Dad in General Contracting the construction of the 7000 sq. ft facility and setting up the original website. Tami, in addition to working full time in her own business, contributed constantly in many ways, helping furnish, stock and set up the beautiful facility, as well as helping run the daily operations.

John worked long and hard for two years to build the B&B. After John and Tami had run it for over 10 years they recently had their oldest daughter Tami Dee and her husband Chris McCoy take over the daily management of the business. This freed John and Tami up to concentrate on marketing and other duties. The Clarks appreciate the many new friends they have made and guests who have left so many kind testimonials.